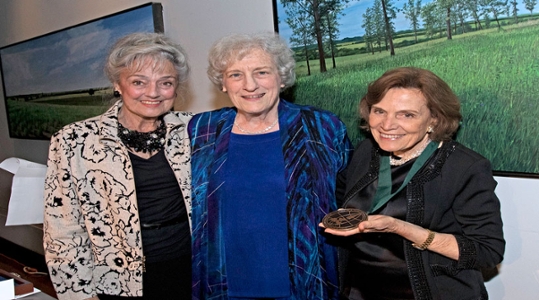 Formerly chief scientist of NOAA, Earle is the founder of Deep Ocean Exploration and Research, Inc., founder of Mission Blue and SEAlliance, and chair of the Advisory Councils of the Harte Research Institute and the Ocean in Google Earth. She has a B.S. degree from Florida State University, M.S. and PhD. from Duke University, and 22 honorary degrees. She has authored more than 190 scientific, technical, and popular publications; lectured in more than 80 countries; and appeared in hundreds of radio and television productions.

Earle has led more than a hundred expeditions and logged more than 7,000 hours underwater, including leading the first team of women aquanauts during the Tektite Project in 1970; participating in ten saturation dives, most recently in July 2012; and setting a record for solo diving in 1,000-meter depth. Her research concerns marine ecosystems with special reference to exploration, conservation, and the development and use of new technologies for access and effective operations in the deep sea and other remote environments.

Her special focus is on developing a global network of areas on the land and in the ocean to safeguard the living systems that provide the underpinnings of global processes, from maintaining biodiversity and yielding basic life support services to providing stability and resiliency in response to accelerating climate change.

Earle is the recipient of more than a hundred national and international honors and in 2014 was named a Glamour Woman of the Year. Other honors include the 2011 Royal Geographical Society Gold Medal, 2011 Medal of Honor from the Dominican Republic, 2009 TED Prize, Netherlands Order of the Golden Ark, Australia's International Banksia Award, Italy's Artiglio Award, the International Seakeepers Award, the International Women's Forum, the National Women's Hall of Fame, Academy of Achievement, Los Angeles Times Woman of the Year, and medals from the Explorers Club, the Philadelphia Academy of Sciences, Lindbergh Foundation, National Wildlife Federation, Sigma Xi, Barnard College, and the Society of Women Geographers.  The Whitney R. Harris World Ecology Center is pleased to add "2016 World Ecology Award recipient" to Earle's list of accolades.  She was presented with the award on Sunday, October 16th at the 2016 World Ecology Award Gala at the Missouri Botanical Garden.