Prior to coming to the University of Missouri-St. Louis in January 2016, Dr. Smith headed the Music Education Division of the Benjamin T. Rome School of Music at The Catholic University of America in Washington, DC. He continues to be a Fellow of the Institute for Policy Research and Catholic Studies in Washington, DC, and serves on the Executive Board of The Dom Mocquereau Fund and Centre for Ward Method Studies.

Dr. Smith has also chaired and taught courses in the music education departments at DePaul University in Chicago, Illinois, Augustana College in Rock Island, Illinois, and at Ottawa University in Ottawa, Kansas. Prior to these experiences, he taught instrumental, choral, and general music (K-12) for ten years in the public schools of Topeka, Kansas, finishing his years there as a band director and music instructor at Topeka West High School. Dr. Smith received his Ph.D. in Music Education from the University of Minnesota. His Master of Music in Music Education is from Kansas University and his Bachelor of Music, magna cum laude, is from Washburn University.

Dr. Smith has developed mentoring programs for the Yamaha Corporation of America, the Minnesota Music Educators Association, the Illinois Music Educators Association, and the National Association of Pastoral Musicians. He continues to actively research and work in areas that support the work of beginning music teachers. His recent book, co-authored with University of Michigan professor Dr. Colleen Conway, Handbook for the Music Mentor, is available from GIA Publications. He has written numerous journal articles and book chapters in the area of mentoring and continues to be asked to speak around the country and write on this subject.

Dr. Smith also writes and researches in the area of integrated instruction using the arts, including music, art, and other interdisciplinary methods. While at DePaul University, Dr. Smith worked with the Chicago Symphony Orchestra in the development of an internationally-recognized Chicago Symphony Orchestra Education Center (ECHO). Also, while in Chicago and in alliance with the Chicago Public Schools and the Chicago Symphony Orchestra, he assisted with of a large Annenberg Challenge grant. This grant supported the development of the Primarily Arts Network, which sought to affect whole-school change in several inner city Chicago Public Schools through an interdisciplinary arts curriculum. While in D.C. and with Catholic University Education Department colleagues and the staff of the Washington D.C. Kreeger Museum, Dr. Smith received an Institute of Museum and Library Science (IMLS) grant. The grant, Hear Art See Music (HASM), sought to investigate the use of cross-modality strategies in arts education for the purpose of serving ADA Universal Design mandates, and in turn, better serving special needs populations who come to the museum. He has also assisted in the development of music instruction software for Harmonic Vision and continues to be interested in methods of instruction using technology.

Dr. Smith is actively involved in music classrooms. He has served as clinician, guest conductor, adjudicator, and consultant throughout the country including Arizona, California, Kansas, Illinois, Iowa, Maryland, Minnesota, Missouri, North Carolina, Ohio, and Texas. He has also taught internationally, teaching in classrooms in England, Switzerland, and Nigeria. 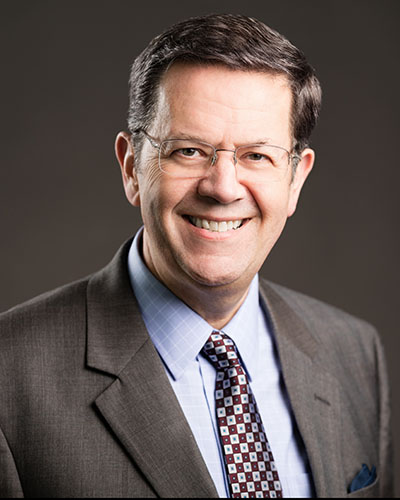