Mr. Baldwin has concertized throughout North America, South America, Asia, Europe, and in South Africa, has been heard in live radio broadcasts on over 125 stations nationwide, and in over 35 countries. He has recorded for the Albany, Centaur, and Urtext classical labels and has collaborated with members of the Tokyo, Cleveland, Juilliard, and Vermeer quartets, as well as Richard Stoltzman, Bernard Greenhouse, Gilbert Kalish, and Anton Nel.

Mr. Baldwin studied with Janina Ehrlich at Augustana College, received his bachelor of music degree from the San Francisco Conservatory with Irene Sharp, and earned a master of music degree from the New England Conservatory, where he was a student of Bernard Greenhouse. Mr. Baldwin also holds a Performer’s Certificate from Northern Illinois University, where he studied with Marc Johnson and the Vermeer Quartet. 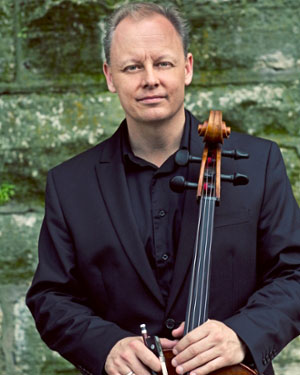