Where can I find information pertaining to the University’s policy regarding COVID-19? What majors does UMSL offer? Where can I sign in to Canvas? What courses are offered this semester? How can I get IT help? How do I request a transcript? How do I add or drop a class? Who is my advisor?
Admissions Pay Tuition Financial Aid Scholarships and Grants Alumni and Giving Athletics Visit Campus Careers at UMSL

St. Louis was founded, designed and built more than 250 years ago to serve as the centerpiece of a vast inland empire – a feat early St. Louisans surpassed. The city developed quickly and became the “gateway” to western American expansion.

The 15-county region comprises hundreds of historic and diverse neighborhoods as well as dozens of world-class cultural and entertainment attractions. Historic. Progressive. Diverse. St. Louis is an important national, economic and social asset.

The University of Missouri–St. Louis is a success story.

As the largest public research university located in Missouri’s most populous and economically important region, UMSL provides excellent learning experiences and leadership opportunities to a diverse student body whose influence upon graduation is immense. 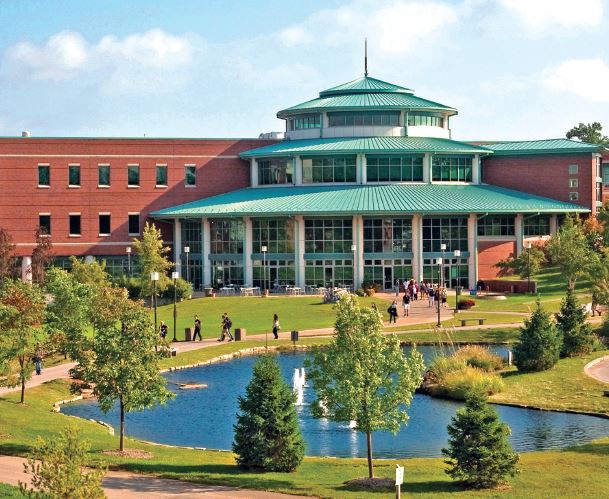 No other university brings more to bear on the advancement of St. Louis than UMSL – which is fitting for a campus created just for that purpose.

In 1958, residents of the Normandy School District passed a bond issue to purchase the Bellerive Country Club as its membership had decided to relocate. The district and its residents determined in the early 1960s that the best course of action was to lure a higher education institution to the site as a means of offering more opportunities to St. Louis-area residents and stabilizing nearby neighborhoods.

During this period, the University of Missouri – headed by President Elmer Ellis– was exploring the possibility of campuses in Kansas City and St. Louis. The university ultimately decided the Bellerive site was ideal for a St. Louis-area campus.

A deal was struck. Normandy would transfer ownership of the 128-acre country club for a nominal fee. In return, the university would establish a campus on the Bellerive site.

State lawmakers – unanimously in the Senate and on a vote of 150-3 in the House – passed legislation making the land transfer legal. Gov. John Dalton quickly signed the legislation into law.

In 1963, the University of Missouri–St. Louis opened on the grounds of a closed golf course in Normandy, Mo. It had one building, a handful of faculty and fewer than 700 students. Classes were initially held in the former clubhouse and nearby storefronts along Natural Bridge Road.

At its dedication, Ellis affirmed that UMSL was beginning with a strong liberal arts curriculum as its foundation, but added, “What our successors in another generation will see to build, only time can tell.”

Ellis would be impressed.

Today, UMSL is spread across 450 acres of rolling hills in suburban St. Louis County. The campus has a wide array of academic and general- purpose buildings as well as a variety of student residence halls, condominiums and apartments. UMSL has developed a business park that houses the world headquarters of Express Scripts and operates several health-related facilities throughout the region. It also opened a building in Grand Center – the arts and entertainment district in St. Louis – that houses classes and St. Louis Public Radio.

UMSL has 800 faculty, 1,200 staff, 10 schools and colleges and a $200 million annual budget. More than 96 percent of tenure and tenuretrack faculty hold doctoral or terminal degrees in their respective fields and edit or have articles routinely published in a variety of nationally renowned academic journals. Several of the university’s 91 degrees and programs have attained national recognition for quality, including biology, criminology, education, information systems, international business, nursing, optometry, psychology, public policy and tropical ecology.

UMSL enrolls 16,000 students from 47 states and more than 30 countries. Despite its international flavor, the UMSL student body comes primarily from, and reflects the diversity of, the region. Providing area residents access to higher education remains a priority and a central focus in plans to meet the future needs of students and businesses.