The John W. Barriger III National Railroad Library is a special library within the St. Louis Mercantile Library, one of America's great historical research libraries. Serving St. Louis and the nation since 1846, the Mercantile Library was founded by a group of businessmen which included many with a deep interest in and close relationship to the developing railroads of the nation, and especially the trans-Mississippi West. Throughout its history, individuals active in railroad promotion and operation have been associated with the Library. In 1984, the Mercantile Library built upon this heritage by greatly expanding its railroad-related holdings, and establishing the Barriger Railroad Library as a special collection.

The legacy of John W. Barriger III stands at the heart of the Barriger Railroad Library. One of this country's best known and most distinguished railroad executives, John Walker Barriger III (1899-1976) was also widely recognized as a scholar of the railroad industry and its fascinating history. Throughout his long career, he avidly collected books and corporate papers and took thousands of photograph, all of which form the core of these collections.

His career began in the 1920s in the engineering and operating departments of the Pennsylvania Railroad, and later included work as a securities analyst and investment trust manager on Wall Street. During the Great Depression he served as chief of the Railroad Division of the Reconstruction Finance Corporation in the Roosevelt Administration, where he oversaw some 1.5 billion dollars in vitally needed federal loans to the nation's railroads.

After wartime service in the Office of Defense Transportation, he served as president of the Monon, Pittsburgh & Lake Erie Katy, and Boston & Maine railroads. He was also vice president of the New Haven and Rock Island.


The Barriger Railroad Library includes over 45,000 volumes covering all aspects of railroading, and dating from the beginnings of railroads in the 1820s to the present day. The collections focus strongly on railway economics, finance, corporate history, management practice, regulatory history, mergers, labor ations, operations, and engineering.

The John W. Barriger III Collection - holds 15,000 volumes, primarily dating from the 20th century, and covering a broad variety of subjects in railway economics, finance, management, corporate history, engineering and operations, all collected by Mr. Barriger over his nearly 60-year career in railroading.

The Association of American Railroads-Bureau of Railway Economics Historical Collection - is comprised of approximately 30,000 volumes including rare books, pamphlets and industrial reports dating from the 1820s through the 1980s, and donated by the AAR in 1995. Of particular note are the many nearly complete runs of corporate annual reports for dozens of companies; foundational corporate documents, reports and internal corporate histories; pamphlets on railroad development in the 19th century; trade periodicals; and an outstanding group of 19th century travelers' and emigrants guidebooks.

Railroad employee magazines - providing information on day-to-day operations, labor relations, and the lives of railroaders and their families and communities.

The Manuscript and Photographic Collections

The John W. Barriger III Papers and Photos - containing documentation from over 200 railroads in the U.S. and Canada, and some overseas railroads, circa 1920 to 1970. Included are extensive corporate annual reports; operational and traffic studies; planning documents and statistics; an excellent collection of rare Copeland freight density traffic charts; financial studies and documentation; equipment rosters; and maps, operating characteristic charts, and track charts. The photographic holdings include some 50,000 images dating 1917 to 1970 for over 200 North American railroads. Included are views of the railroad fixed plant - track and right-of-way, junctions, yards, shops and service facilities, depots and structures.

The Isabel H. Benham Papers - the research files of this well-known New York securities analyst found here in St. Louis. Included are financial reports and analyses; traffic and operational studies; correspondence; clippings; and government and corporate reports dating circa 1950 to 1993.

The ACF Industries Collection - records from the corporate archives of American Car & Foundry Company, as well as thousands of interior and exterior photos of ACF-built freight and passenger cars.

The Milwaukee Road Archives - the corporate archives, including board of director's minutes from this important company's inception; car and locomotive equipment records; records of subsidiaries, such as the Milwaukee Land Co.; maps, plats and track charts; and architectural and engineering plans for buildings, bridges and structures across the system from the Midwest to the Puget Sound.

Image database services. Many photographic images in the Barriger Library are available for purchase via scanning or traditional photographic prints.

MercSource Research Services available by mail, telephone, fax, or email. For an hourly fee plus photocopy costs, we will conduct research for you and send you the results through photocopies or other media in St. Louis. View our price/service list (2 Pages, 52 KB, PDF).

Interlibrary loan in St. Louis is available for many titles. 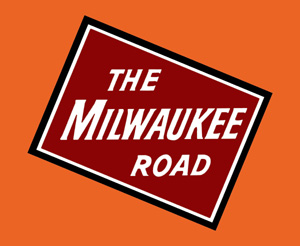