Office of the Chancellor

Kristin Sobolik is the eighth chancellor of the University of Missouri–St. Louis and leads the region’s premier public research university which enrolls nearly 16,000 students, employees more than 2,300 and generates an annual economic impact of more than $430M. As an anchor institution and a workforce driver, UMSL has the largest alumni base in the metro region with alumni generating a $13.4B annual economic impact to the state.

Throughout her time at UMSL, Sobolik has led the development and implementation of the university’s strategic focus on student success, educational relevancy, inclusive prosperity, and economic growth and development with collaborative asset alignment with other regional and national partners. Under her leadership, UMSL has introduced over a dozen new academic programs, increased student graduation rates while decreasing student debt, increased private philanthropy by more than 20%, grown research expenditures by 57%, and increased US News and World Report rankings as a National Tier One institution by 69 places.

Under her leadership, UMSL completed a Campus Master Plan in 2021 that established a vision for the physical transformation of the campus designed to serve UMSL and the region well into the future. Implementation involves consolidating the university’s academic core on its north campus paving the way for the university to establish a North County Business and Workforce District on 35-acres located on the south campus. During the 2022 Missouri Legislative session, Sobolik helped navigate a capital funding package of $40M in unprecedented state funding to invest in the robust vision for the university.

As campus enters its 60th year of serving the St. Louis region, Sobolik pledges to advance a strategic vision to establish UMSL as one of the nation’s premier metropolitan universities and anchor institutions, committed to community collaboration and collective problem solving.

Sobolik serves as Vice Chair of the Executive Committee of the Coalition of Urban and Metropolitan Universities and is on the Advisory Council for the Commissioner of the Missouri Department of Higher Education and Workforce Development, as well as numerous regional boards including Greater St. Louis, Inc., Cortex Innovation District, St. Louis Regional Business Council, the Urban League of Metropolitan Saint Louis, and the Greater St. Louis Council of the Boy Scouts of America. Her accomplishments on and off campus led the Girl Scouts of Western Ohio to award her with the Woman of Distinction Award in 2016, the St. Louis Business Journal to recognize her with a Most Influential Business Women award in 2020, the NAACP to award her with the Frankie Muse Freeman/Norman R. Seay Commitment to St. Louis Award in 2022, and the Urban League of Greater St. Louis to award her a Distinguished Women’s Leadership Award in 2022. 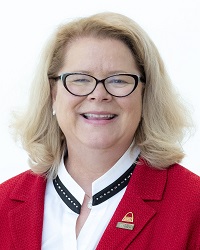 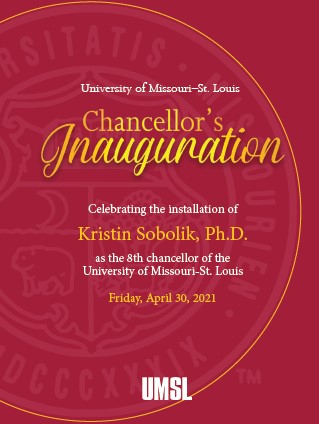 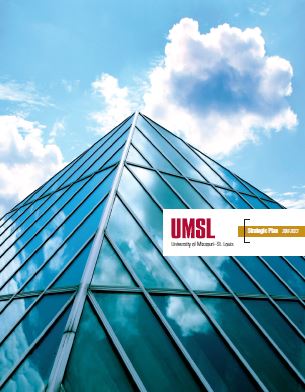 The University of Missouri–St. Louis will be a beacon of hope, a force for good, and a leader in the pursuit of excellence in education, impactful research and community service. We boldly assert that education is for everyone who is willing and able to seek it out. We honor the duties inherent in our land-grant beginnings by positioning ourselves as partners in the search for knowledge, progress and positive change for ourselves, our communities, our world.