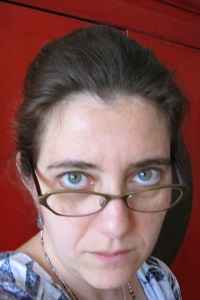 Professor of Biophysics in Physics & Astronomy at UMSL, and Director of the Center for Neurodynamics. bahars@umsl.edu

My research involves collective behavior in biological systems. My group’s work that has most relevance to geospatial data is our focus on modeling population collapse in evolutionary dynamics and our work on patterns of animal foraging. So far our work on population collapse has been in simulation studies and in experimental studies with bacteria and yeast, but we have approaches for assessing phase transition behavior in population declines which could be applied to larger, spatially extended populations. I would be very interested to explore collaboration opportunties with anyone for whom our approaches might be useful. We have also studied patterns of animal foraging (in the context of optimal foraging theory). Our work (so far!) with Geospatial/GIS in this regard has been with two overlapping monkey populations in Sri Lanka (Vandercone, R., Premachandra, K., Wijethunga, G. P., Dinadh, C., Ranawana, K. and Bahar, S. Random Walk Analysis of Ranging Patterns of Sympatric Langurs in a Complex Resource Landscape. American Journal of Primatology, 75(12): 1209-1219, 2013.). As with our population collapse studies, my group would be very interested in developing collaborations to further apply methods in nonlinear dynamics and complex systems physics to studying animal distribution and movement patterns, and their relation to climate and resource distribution.