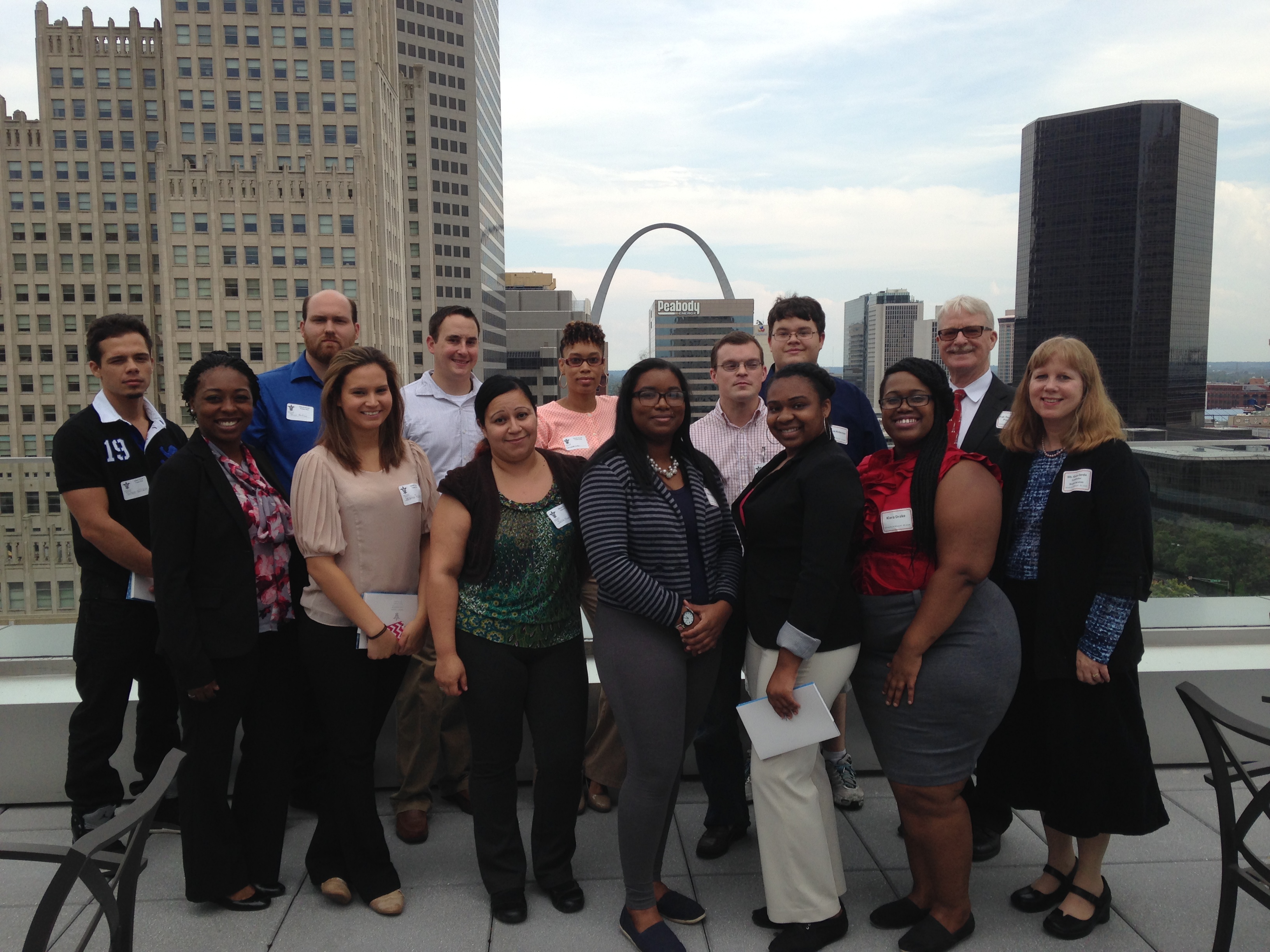 UMSL students and guests gather on the rooftop of St. Louis University School of Law following an afternoon tour of the 12-story Scott Hall on Oct. 2, 2014.

UMSL students looking to prepare themselves for law school, and for a career in law, should consider pursuing a major in Philosophy. There are two main reasons to do so. First, the study of philosophy provides students with training in analytic thinking and logical argumentation, both of which are essential to success in law school and in the practice of law. Second, a major in philosophy also allows students to examine many of the current moral, political, and legal issues that are of interest to lawyers, judges, and legal scholars, while understanding the philosophical background to these issues. Let's consider these reasons in greater detail.

The following table shows the average scores on the LSAT according to major:

Also, data collected by the Educational Testing Service shows that Philosophy majors had the highest scores on both the Verbal Reasoning and the Analytic Writing sections of the GRE.

In assessing a prospective law student's educational qualifications, admissions committees generally consider the chosen curriculum, the grades earned, and the reputation of the colleges attended…Solid grades in courses such as logic, philosophy, and abstract mathematics are generally considered a plus…Law schools will respect your pursuit of subjects you find challenging. This is especially true if the courses you take are known to be more difficult, such as philosophy, engineering, and science. Also, look for courses that will strengthen the skills you need in law school. Classes that stress research and writing are excellent preparation for law school, as are courses that teach reasoning and analytical skills.

The American Bar Association has recommended that students looking to study law find a college curriculum that emphasizes the following "Core Skills and Values":

In particular, The ABA notes that "[y]our legal education will demand that you structure and evaluate arguments for and against propositions that are susceptible to reasoned debate" and "[y]ou should seek as many experiences as possible that will require rigorous and analytical writing, including preparing original pieces of substantial length and revising written work in response to constructive criticism." (full statement)

In a philosophy classroom, your professors and classmates will challenge you to engage in reasoned debate about complex problems, to argue for or against certain propositions, and to defend views against objections. You will be expected to read arguments carefully, to analyze the structures and assumptions of these arguments, and to write logically, clearly, and precisely. In short, we'll train you to think and write like a lawyer.

Additionally, in philosophy, you'll also be able to explore topics and issues that may be relevant to your future legal studies or your career as a lawyer. For example, those interested in working in environmental law may benefit from an environmental ethics course. Those interested in the legal issues arising from developments in medicine and technology may wish to study bioethics or the philosophy of science. Those interested in working in corporate law might find a business ethics course to be relevant. Issues concerning criminal responsibility are covered in the philosophy of mind and in our course on the philosophical foundations of criminal justice. Issues concerning evidence and justification are discussed in epistemology. We also offer relevant courses in logic, ethical theory, political theory, and, of course, the philosophy of law.

The Department of Philosophy has also recently added a minor in Law and Philosophy. For full information about this minor, go here.