Training at SLPIC and living in St. Louis are enriched by the neighborhoods of the facilities in the Consortium and the cultural offerings of the metropolitan area, along with our low cost of living. 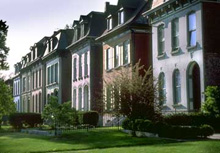 St. Louis has experienced a burst of renovation as older neighborhoods have been rediscovered and revamped. There are also beautiful tree-lined suburbs built at the turn of the century that resemble small towns. A good highway system makes even the newest suburbs accessible to most SLPIC training sites within a half-hour commute. The MetroLink, a new light-rail system in operation since 1993 is currently expanding and provides a convenient alternate method of transportation. 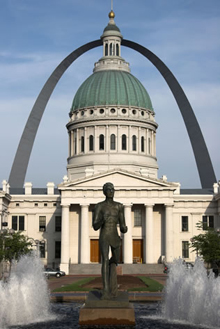 The riverfront around the Arch has been redeveloped as an entertainment district with riverboats and restaurants in converted 19th century warehouses. Several major entertainment and shopping complexes have opened up in the past few years in the central business district. Cultural facilities abound with our nationally recognized St. Louis Symphony, theater, opera, Art Museum, Zoo, City Museum, Science Center, The History Museum, Butterfly House and the Missouri Botanical Gardens. In the summer there are Broadway musicals in The Muny's outdoor amphitheater in Forest Park. The Verizon Amphitheater, which opened in May 1991, is a state-of-the-art outdoor facility that attracts the nations' premier entertainers. During the rest of the year, top acts and touring productions play at the Fox Theatre, one of the largest 1920's movie palaces. A tradition of St. Louis jazz and blues is carried out in music spots around town. The area's many colleges and universities add to the cultural offerings. 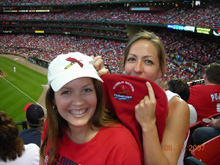 St. Louis is a baseball city and the Cardinals consistently draw over two million fans every season to Busch Stadium. The St. Louis Blues play an exciting brand of hockey and the St. Louis University Billikens bring thrilling college basketball to the City. Both teams play in the Scottrade Center opened in 1994. The St. Louis Rams (winners of the 2000 Super Bowl) play football in the recently built domed stadium. 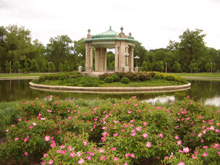 A full range of seasons unfolds each year as St. Louis typically enjoys a long and beautiful autumn with picturesque hillsides covered with brilliant fall colors. A winter with several snowfalls evolves into two to three months of exquisite, cool, clear spring days followed by the hot months of summer. In the middle of the country at the confluence of the Mississippi and Missouri Rivers, St. Louis is a comfortable and friendly city with easy access to all parts of the nation.

To see some of what our city has to offer, visit: