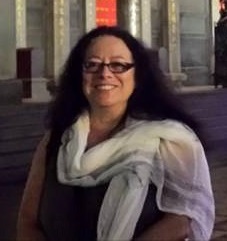 Education: Dr. Laura Miller received her Ph.D. from the University of California, Los Angeles, in 1988. She came to UMSL in August 2010.

She is an internationally prominent scholar of Japan studies and linguistic anthropology. After graduation from the University of California, Santa Barbara with BA degrees in Anthropology and Asian Studies, she supervised an English language program for a Japanese company in Osaka (1977-1981). She received her Ph.D. in anthropology from the University of California, Los Angeles, in 1988.

Her most recent publications include:

Dr. Miller has been active as a leader in many professional organizations, and is Past President of the Midwest Conference on Asian Affairs, and member of the American Advisory Committee for the Japan Foundation. Dr. Miller served as one of the Associate Editors for the four-volume set International Encyclopedia of Linguistic Anthropology, published by Wiley-Blackwell in 2020. She also contributed three entries on “Media representation of language and writing systems,”  “Folk theories of language, folk linguistics,” and “William O. Bright (1928-2006).