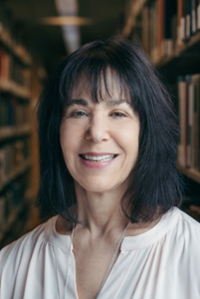 Dr. Deborah Cohen is a historian of the United States and Mexico. Her first book, Braceros: Migrant Citizens and Transnational Subjects in Postwar United States and Mexico (University of North Carolina Press, Oct 2010) examines the bracero program to show how this migration and its inherent tensions and contradictions produced a particular kind of subject imperfectly aligned with either nation. She holds a Ph.D. in History (2001) from the University of Chicago and has published in the Journal of American Ethnic Studies, Clio (a French Feminist journal), Hispanic American Historical Review, and Estudios Sociologicos (Mexico City). She and Lessie Jo Frazier co-edited Gender and Sexuality in 1968: Transformative Politics in the Cultural Imagination, a volume about gender in the many social movements occurring in 1968 (Palgrave Macmillan, 2009) and are completing Beyond '68: Gender, Social Movements, and Political Culture in the 1968 Mexican Student Movement and its Legacies (under contract at University of Illinois Press), a book that uses women's participation in the l968 movement as a unique window onto the broader social, political, and cultural tensions and shifts occurring since the 1940's. Her other specialties and interests include Feminist Theory, Critical Race Theory, Queer Theory, Postcolonial Theory, and the growing field of Transnational History.

To contact Dr. Cohen please use the following email: deborah.cohen@umsl.edu.

Defining the Space of Mexico '68

Caught in the Middle