Ron A. Austin has served as an editor for december and River Styx, and is a 2016 Regional Arts Commission Fellow. His stories have been placed in Ninth Letter, Story Quarterly, Black Warrior Review, The Masters Review, Midwestern Gothic, and other journals. He has taught creative writing at the Pierre Laclede Honors College, and he is now finishing his collection of stories, Avery Colt Is A Snake, A Thief, A Liar. He, his partner Jennie, and son Elijah live in St. Louis with a whippet named Carmen.

Michael Nye is the author of the story collection STRATEGIES AGAINST EXTINCTION (Queen’s Ferry Press, 2012) and the novel ALL THE CASTLES BURNED, forthcoming from Turner Publishing in February 2018. His fiction and nonfiction have appeared in American Literary Review, Boulevard, Cincinnati Review, Crab Orchard Review, Epoch, Kenyon Review, New South, Normal School, Sou’wester, and South Dakota Review, among many others. His work has been a finalist for the Katherine Anne Porter Prize in fiction and nominated for the Pushcart Prize. He lives with his wife in Columbus, Ohio. 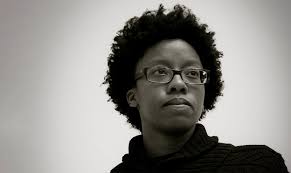 The Natural Bridge Debut Writers Series welcomes Donika Kelly. Donika is the author of BESTIARY (Graywolf 2016), winner of the 2015 Cave Canem Poetry Prize and the 2017 Hurston/Wright Legacy Award for Poetry, long listed for the National Book Award (2016), and a finalist for a Lambda Literary Award (2017), and the chapbook AVIARIUM (500 Places 2017). Donika is a Cave Canem Graduate Fellow, a finalist for the 2018 Kate Tufts Discovery Prize, and recipient of a fellowship to the Fine Arts Work Center. She received her MFA in Writing from the Michener Center for Writers and a Ph.D. in English from Vanderbilt University.  She is an Assistant Professor at St. Bonaventure University, where she teaches creative writing.