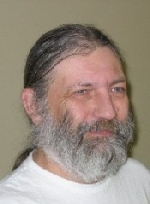 The department of Criminology and Criminal Justice is saddened to report that Professor Robert J. Bursik, Jr., Curators’ Distinguished Professor (emeritus), passed away on July 19, 2017.   Bob, as he was known by all, had retired from the university in August 2016.  He received his B.A. (1973) in sociology from Rutgers University, and his M.A. (1975) and Ph.D. (1980) in sociology from the University of Chicago.  Prior to his coming to UMSL in 1996, Bob was professor and chair of the department of sociology at the University of Oklahoma.

Bob Bursik was an accomplished scholar and is widely recognized as one of the key persons responsible for the resurgence of community studies of crime in the field of criminology in the late 1980s.  His book Neighborhoods and Crime: The Dimensions of Effective Community Control, co-authored with Harold G. Grasmick (1993), Lexington Books, identified many of the important elements necessary for a comprehensive understanding of how community organization, through its formal and informal networks, could work to control levels of crime and delinquency.  His other areas of research included crime and immigration, contextual analysis, changes in urban areas and crime over time, and broader tests of core criminological hypotheses. His body of work has been cited more than 7,000 times.  Bob served as Editor of the discipline’s flagship journal Criminology from 1997 to 2003, and was named Fellow of the American Society of Criminology (ASC) in 1998.  He also served as President of the ASC in 2008.

An interview with Bob for the ASC Oral History project

Professor Bursik is survived by son Travis Bursik, and daughter-in-law, Cara Kendall, who reside in St. Louis.  He was preceded in death in 2013 by his wife Jennifer Gurley Bursik, who served as managing editor of Criminology during Bob’s term as Editor.  Services will be private, however a memorial session devoted to Bob’s scholarly career is planned for the November, 2017 meetings of the American Society of Criminology. Memorial donations in memory of Bob can be made to Tenth Life Cat Rescue, P.O. Box 63187, St. Louis, MO, 63163.

Bob Bursik was a Fellow, former President, and former Vice-President of the American Society of Criminology and was the recipient of its Herbert Bloch Award in 2005. He also served two terms as the editor of the ASC's flagship journal, Criminology. Although he published papers concerning low self-control and crime, offense specialization, and the statistical modeling of crime trends, most of his research focused on the relationship between neighborhood dynamics and crime rates. His most recent work in that area focused upon immigration and the manner and degree to which intra- and inter-community relational networks serve as regulatory mechanisms of social control.